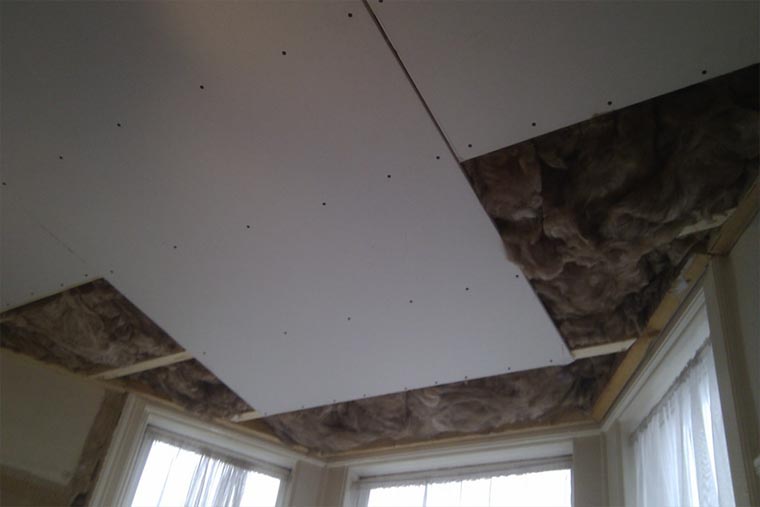 I often get asked what is the best way to sound-proof ceilings when newly converting flats? In my experience independent ceilings work best. You can remove old ceiling to put new joists between old to save space but that means you lose the soundproofing of the old ceiling.

Key points to remember are not bridging between the old and new ceiling, and airtightness. The independent testers will test for both airborn noise and floor-transmitted vibration.

If you have low ceilings already so lack head-space the resilient bars method is cheaper and quicker but less dependable. You have to be very careful not to pierce or connect with the floor above by the plasterboard screws, otherwise the resilient bars won’t work and vibration will be transmitted.

It’s all about the detailing. If you detail it well and fill all gaps really conscientiously then you should pass any test easily.

As a ball-park this might cost £500 for an average sized lounge or bedroom.

Beware though there are other steep costs to converting houses to flats, utility spits (gas, electricity, water) is just one but can cost over £10K. Thermal insulation to all outside-facing walls another.

A ball-park figure for converting an average semi or terrace to 2 x flats, in a simple layer-cake conversion, is £25 – £30K per flat. And that’s if it’s relatively straightforward.

If you wish to make existing floors to existing flats a lot more sound-proof you can try acoustilay acoustic matting. Not cheap but quite effective.