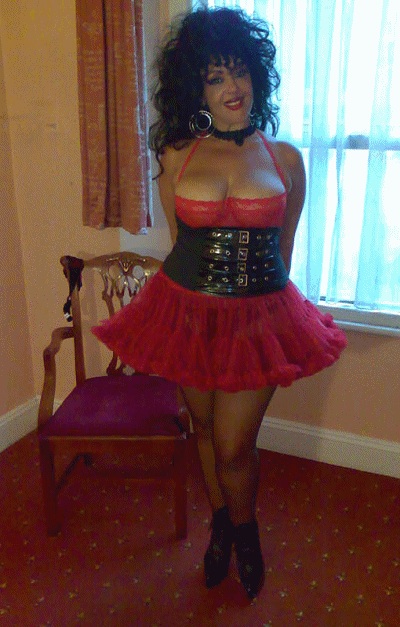 I mentioned a couple of weeks back I was going to talk about the highly unusual neighbour next door to the flat we are refurbishing in Weston SM.

The first time I saw Madelaine she towered over me in skyscraper heels, wearing a tight black dress displaying a large and prominent bosom, butterfly-lashes and very big hair. I’m used to seeing such creatures-of-the-night in Bristol nightclubs, but not mid-morning in Weston super Mare! Over the following few weeks we had a couple more encounters in the communal hallway, but the next really memorable one was with her maid, Lucy.

I was busy working in the flat but hearing noises in the hallway took a look outside. There was a woman Hoovering in a black pinafore dress and black tights. I was worried I’d made a mess and Madelaine or the people upstairs had hired a cleaner. Feeling guilty I asked the woman who she was, or who had sent her. She indicated Madelaine’s flat, “The lady in there”. Then I noticed how tall this woman was, and that her hair was a black wig, and that she had an unusually deep voice… Madelaine later told me he sees her for one day every month to become ‘Lucy’ her ‘maid’. 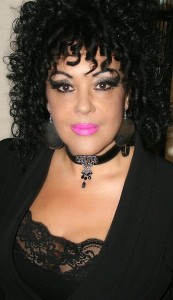 When Lucy had gone home I asked Madelaine about him. She also talked more generally about other men, one of whom likes to be made to wear women’s clothing and sent on a mission into town to buy condoms etc. She also showed me her garage, which has been converted to a ‘dungeon’. There are all manner of devices in there, some of which look extremely uncomfortable. We spent about an hour chatting about what she does, it’s fascinating and slightly disturbing because it’s so strange to me. She’s been doing it nearly 12 years, she thinks the reason she’s kept going so long is that she’s very professional, treats it as a performance, is perceptive enough to realise when someone is too wrong and send them away, and has clear boundaries.

Personally I find it very hard to understand why a man would pay quite a lot of money to dress in a maid’s outfit and clean floors and toilets, or to be restrained and have pain inflicted upon them. My business partner was also concerned it might be an issue with tenants or buyers of our flat. It would probably be unsuitable for anyone with children, but it’s small, just 28 square metres, so children probably aren’t an issue. It’s more suited to single people or a couple. There are two sets of tenants living upstairs, they are so unperturbed about it all we’ve had some quite long conversations but the subject has never even come up.