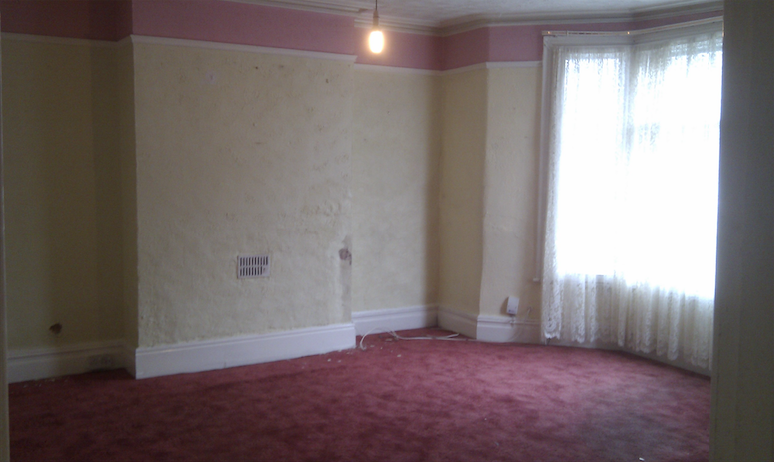 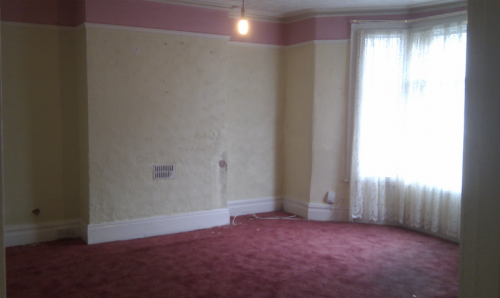 It had a GDV of about £195k and went in the estate agent’s window at £160k. It needed a fairly serious refurb and had wobbly walls and sloping floors so that was far too high. By the time I viewed they had reduced that to £140k but the wobbly walls were still scaring buyers off. I offered £115k and they laughed, so I just said, “OK get back to me when you can’t sell it”. 3 months later, they did.

Every property I’ve ever bought has been as a result of bad marketing in some form. It was just a case of putting it in front of a different market. Buyers in estate agents are retail customers. They’ll buy easy refurbs, which means kitchen bathroom possible rewire possible D/G possible C/H redec floor coverings garden tidy. Not much. They are mostly domestic amateur renovators. Anything a bit challenging and they run a mile. So mention ‘subsidence’ and they are gone.

There was quite a bit of subsidence but after 30+ years as a builder I could tell that it was mostly historical, not ongoing. This isn’t usually a problem. The old thin glass was still there above some of the crooked door frames. This meant that they had lozenged early then rhomboid shaped glass had been fitted and nothing had changed much since then. Old glass is thinner and more irregular. Modern window glass is never less than 4mm thick. Also it seemed to be a problem with the building itself, typical Victorian shallow foundations, not the underlying ground. This is crucial. It’s usually possible to rectify a problem with the building but the underlying ground would be far more intractable and uneconomical outside of a few locations with GDV in excess of £10,000/ square metre. Therefore I always want a mining survey even if we have to take insurance on the other searches for speed. And a structural engineer’s report NOT a surveyor’s report. This only costs about £250+ VAT but is belt-and-braces to confirm what I already 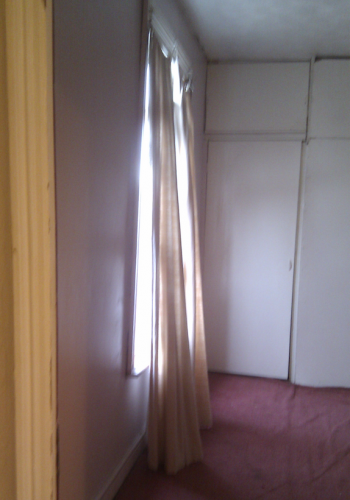 know, and if we are both mistaken I can claim on his PI.

I spent 2 days clearing out a lot of mess to create free movement between rooms make it look bigger. I also took all the doors off as they made the wonky door frames look worse. That’s all I did. Then I put it in the local auction with the best % record for sales in the room and set the guide as low as possible, the same as I paid so £115k. This is to make it look cheap in the auctioneer’s catalogue, create a ‘honeypot effect’, get dozens of people through the door to view and create competition in the room. The often higher you place the guide, the lower it will sell for, or it won’t sell at all. It has to look like it could be really cheap. 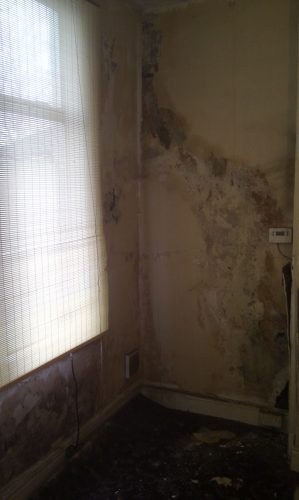 Auctioneers will typically allow you to set the reserve 10% higher so that meant a reserve of £125k which would have just covered our transaction and holding costs and we’d have broken even. So no risk except my time. I was very tense on the night, but the house made £141K in the room, so £1,000 more than they could have paid for it at the estate agent even before haggling! I was delighted!

So how is this possible? How could I buy a house through an agent, do almost no work, then sell it at auction for a lot more?

Auction buyers are different. They are looking for a wreck and a challenge to do up. They are:

1. Amateur renovators who watch and believe Homes Under The Hammer and think that because it’s in auction it must be cheap. They don’t need to make a profit and they don’t cost their own time. They would still have to pay transaction costs anyway, so they can pay more.

3. Small builders who just want a project to keep in work and don’t necessarily need to make a profit either. I used to be one of those!

There can be a lot of competition for really scabby houses, the scabbier the better. I’ve seen people pay £125k for a house with a GDV of £140k and needing £45k work.

The best ones to flip are 2-3 bed terraces and semis, the market for these is huge. The reason is they are box-standard family homes, affordable and ubiquitous in every town. Done up, they will always sell if priced just a bit cheaper than similar houses nearby. So there is no fear of getting stuck with one.

4+ beds are harder to sell as the market is more limited and they are more a matter of individual taste. Until the right person walks through the door, you are stuck with it. Reducing the price won’t necessarily solve the problem, these are not ‘vanilla properties’ so someone has to fall in love with it to buy.

Flats can be OK as flips if they are a decent size, but are harder to sell at auction and go for a lot less money. If they aren’t family homes for domestic buyers they won’t appeal to the amateur renovators. If they are investors only that limits the market, and that reduces your return.

So if you want to buy a deal at auction, buy a nice house or a large house, or a good-sized flat.

If you want to buy a deal at an agent, buy a really scabby 2-3 bed needing full renovation, with title issues, no access to view or failed planning apps that you can re-configure. Don’t bother with easy £10-£15K refurbs, they fly out the door and there’s no money in them.

PS I’ll upload some pictures when I’ve figured out why the site is refusing them.